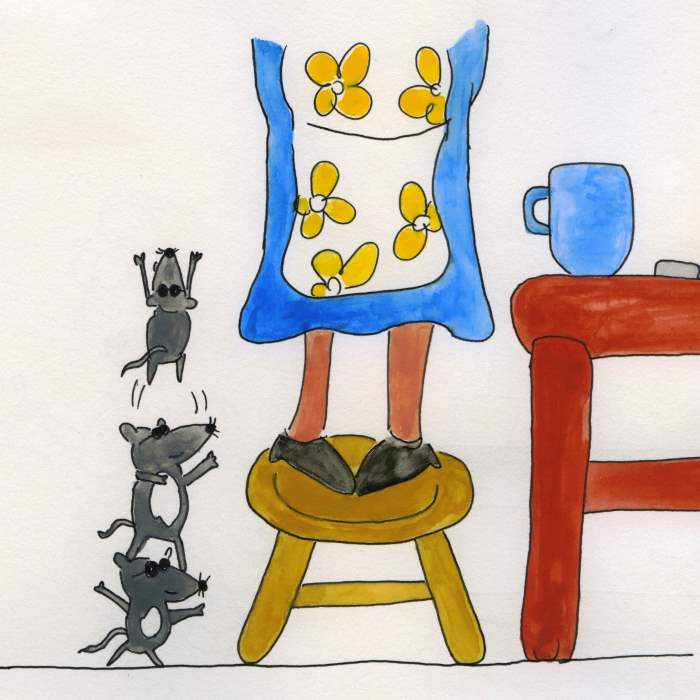 Here is our colouring sheet for Three Blind Mice. It was created for us by Sheena from Me and the Moon and it contains the text and illustrations of Three Blind Mice that appear in our book of nursery rhymes.

Mandolin, flute and accordion play the instrumental. Each melody instrument represents a mouse. We then remove each mouse and its associated backing line from the song until all the mice have scurried away.

Click on the play arrow above to listen to our version of Three Blind Mice set to Irish music for kids. Go to our Blind Mice page where you can share our nursery rhyme with your friends and/or get it as a free MP3 download.