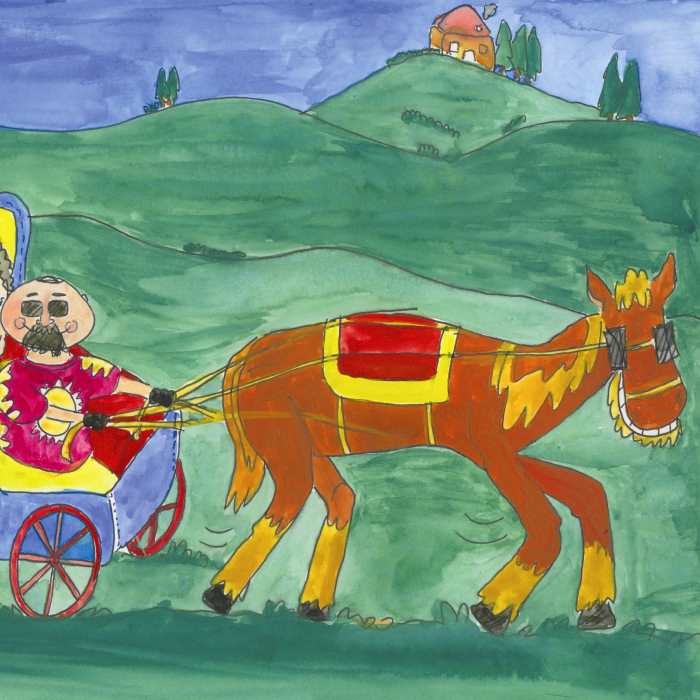 The original version of "Horsey! Horsey!" was written by Paddy Roberts, Elton Box, Desmond Cox and Ralph Butler and was first published in 1937 by The Sun Music Publishing Company in London. The most well known part of this children's sing-along song is its chorus. The Speks' version of the chorus is sung to the tune of the traditional Irish polka called “The Rakes of Mallow.”

Click on the play arrow above to listen to our version of Horsey Horsey set to Irish music for kids. Go to our Homeward Bound page where you can share our nursery rhyme with your friends and/or get it as a free MP3 download.

Social, Environmental and Scientific Education: Horses are majestic animals. They have been an important part of society for thousands of years. What purpose has the horse served? Transport of goods and people, working in the fields, battles, racing, etc

English: Introduce the concept of onomatopoeia. This song includes words like "swish" and "clippety clop" which both sound like their meaning. Can you think of any other onomatopoeic words?